I will start this post by stating it is completely normal for your infant to wake through the night, whether it’s because they are hungry or want to play. In fact, babies and adults will wake four to five times during the night for various reasons.

Is your baby under six months of age? If they are, they will sleep anywhere between three to eight hours before waking for a feeding. Keep in mind your baby is doing a lot of growing during these months and needs fuel to do so, if you are their food source then you will experience a few sleepless nights and groggy days. However, it is completely normal for babies development.

Around six to eight months of age, babies will begin to sleep for an eight hour stretch but it depends on how well establish a bedtime routine and if you abide by it. 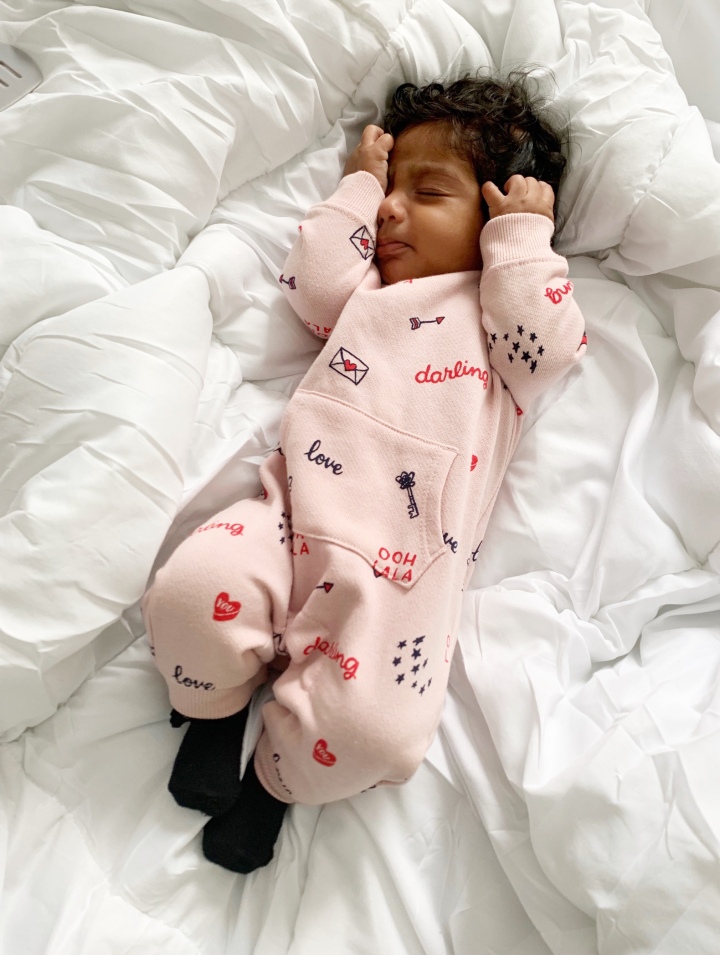 What Constitutes As Sleeping Through The Night?

Babies under six months will sleep anywhere from three to eight hours a night depending on their development. At six months of age they begin to sleep for longer stretches and rarely wake through the night for feedings. Nonetheless, that does not mean your baby won’t wake for a snack because just like adults, babies eat for comfort not just nourishment.

According To My Babies Age, How Long Will He/She Sleep During The Night?

When Can I Expect My Baby To Sleep Through The Night?

In all honesty, it varies because some babies are born great sleepers and can sleep throughout the night while others will be perfectly fine with a two hour nap during the night.

Newborns and babies up to two months of age will sleep for a stretch of four hours before waking for a feeding.

A two or three month old baby will sleep for a total of five to six hours a night. Some babies begin skipping their midnight feedings around the three month mark, but don’t expect your infant to because most still need a feeding or two, especially if you are breastfeeding.

By four months of age your baby will start to sleep without midnight feedings altogether, their weight and metabolism comes into play, and they no longer need that extra fuel. On the contrary, it doesn’t mean they won’t wake for a little midnight snack.

Babies six months and older will begin to sleep for longer stretches and wake maybe once or twice during the night for feedings. However, if you are breastfeeding that number may vary because babies also eat for comfort not just nourishment. Some parents eliminate nightly feedings so their babies will sleep throughout the night, that does not mean baby won’t protest especially if their feedings include snuggling time with mommy.

Tips On Getting Baby To Sleep Longer:

Don’t Do These Things:

Feed your baby solids before six months of age. I know your parents and grandparents did things their way decades ago but we’ve come a long way since then. DO NOT FILL CEREAL in babies bottles to keep them sleeping through the night, it’s a filler with little to no nutritional value. Babies know how much milk they need by volume not calories, so don’t think over feeding will help either of you get a better nights sleep. 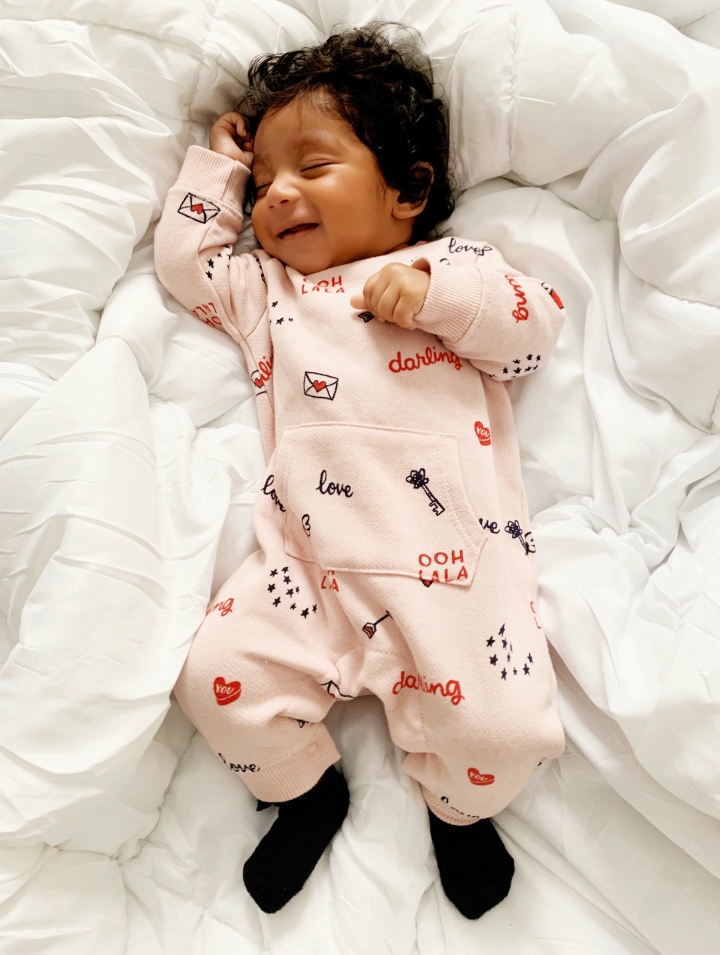 All babies are different and we shouldn’t treat them the same. My daughters have a two year age gap and I quickly learned that what worked for one doesn’t work for the other, one was bottle fed with formula while the other is exclusively breastfed so their sleep patterns are different.

Please don’t expect your baby to sleep through the night, and don’t put too much pressure on yourselves or them. Your little human will wake at night for numerous reasons such as developmental stage, hunger, comfort, discomfort, and much more.

Mom, dad, guardian, you may be tired, groggy, and cranky but be gentle with your child and their sleeping patterns. Understand it’s completely normal for babies to have weird sleeping patterns, there is no normal. However, if you are concerned with your child’s sleeping habits and believe something is wrong, trust your instincts and contact their pediatrician.

A mama of two babes